Potatoes are one of the most versatile vegetables around–as well as one of my most favorite!  When stored properly, your potato crop will last throughout most of the winter. Here are some of my favorite tips for storing potatoes.

There are more than 80 varieties of potatoes.  The most common variety is the brown Russet potato, which is long and cylindrical in shape.

Potatoes are grown more extensively than any other vegetable.  They were originally brought to Europe from South America, but Europeans didn’t pay much attention to this underground tuber until well
into the eighteenth century.

Before that time potatoes were planted in flower gardens because of their star-shaped blossoms that thrive when they are left to grow wild.  The Europeans, in fact, thought that the underground portion of the potato could cause leprosy and other frightful diseases. 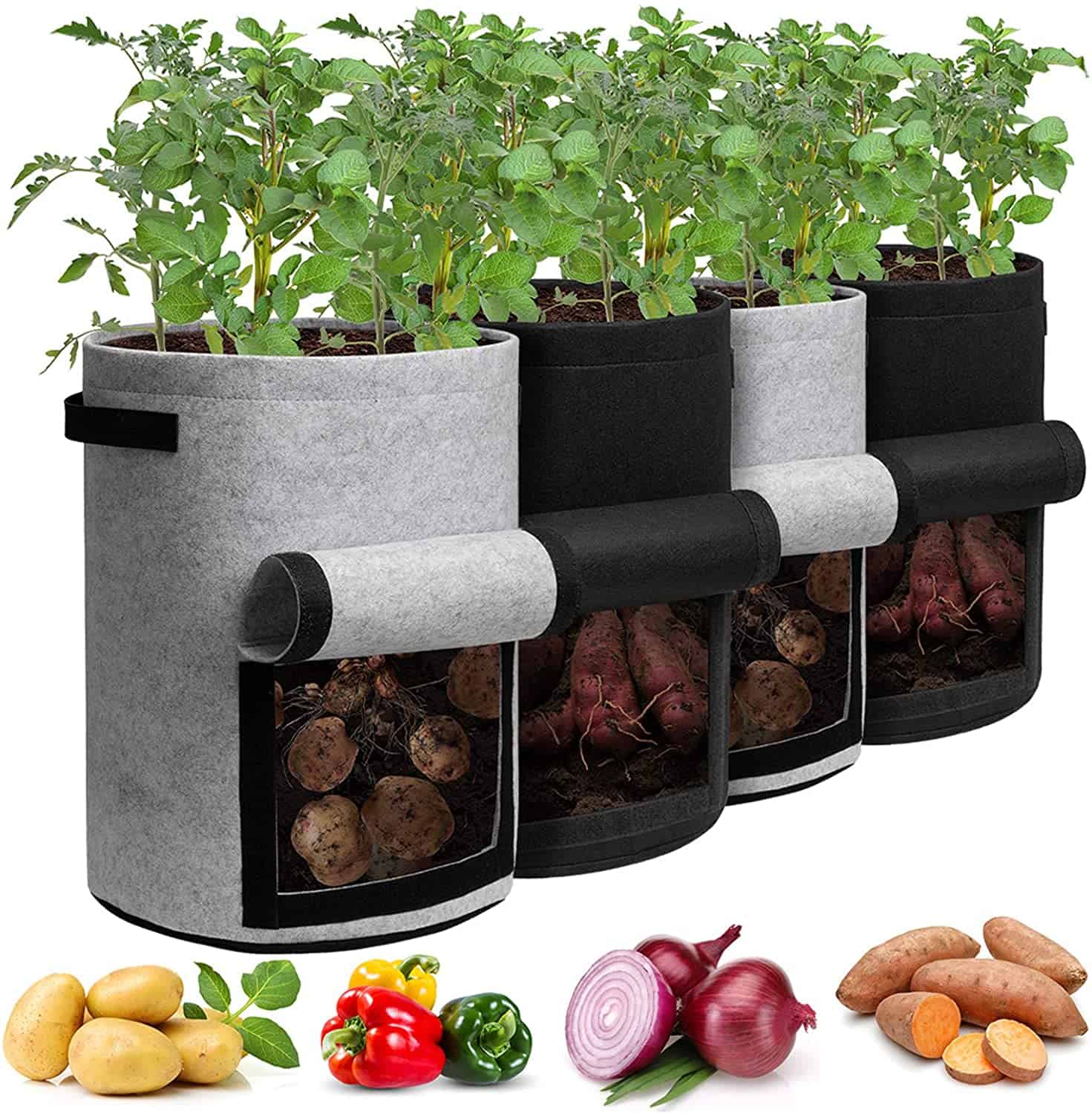 The Irish, however, took quickly to growing potatoes as one of their major food crops because they grew so well in poor soil.  When the potato was brought to North America, it was known as the “Irish potato,” so as to differentiate it from the sweet potato.  Americans now consume a large quantity of potatoes each year, many of which are grown right here in the Pacific Northwest.

Potatoes are high in vitamins B and C, and they also contain a lot of potassium.  A medium-sized potato contains only 80 to 90 calories!  (It’s the stuff we love to put on them that adds all of the extra calories).

Most of a potato’s nutrients are located right under the potato’s skin.  If you peel your potatoes before cooking, you might be taking away some of their nutrients.  When you boil potatoes to use in your cooking, boil them with their skins on and then if you want to remove the skins, do it after they are cooked.

That way you will retain more of their nutritional value than if you had peeled them first.  I just
leave the skins on there most of the time anyway. 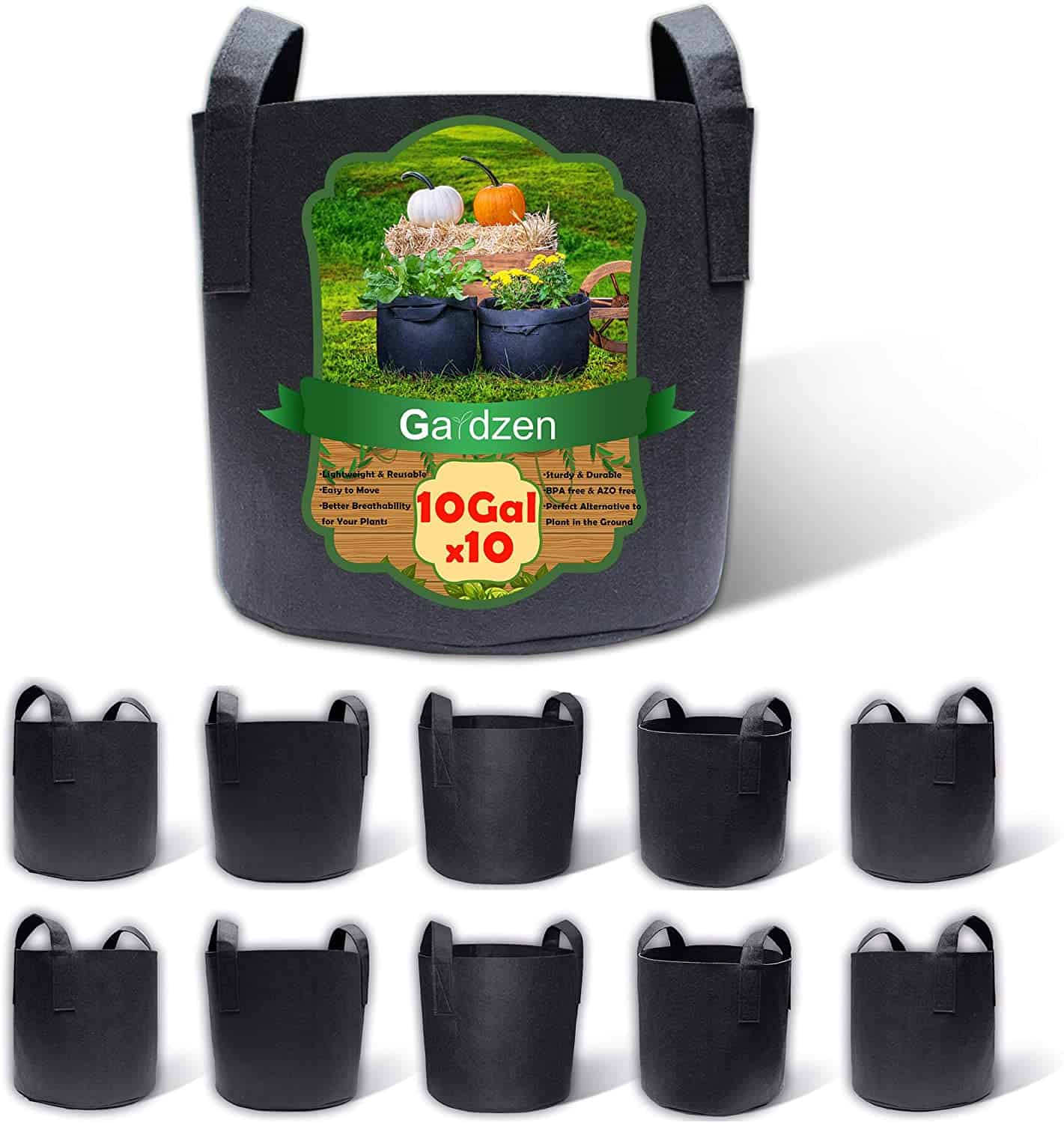 When to Harvest Potatoes

If you grow your own potatoes, harvest them when the vines have died and the potato skins have toughened up.  You should leave the potatoes in the ground for about 2 weeks after the vines die to make sure they are mature enough for harvesting.

If you buy potatoes from the store, look through the plastic and examine each potato as well as you can.  One potato can ruin the whole bunch.  Select them individually if you can.

Gently squeeze the potatoes, they should be firm and their skin should be light.  Make sure they are free of breaks and bruises (signs of rot).  Sprouting potatoes are edible, but try to avoid them if you can.

Tips for Storing Potatoes all Winter

Store your potatoes in anything that allows air to circulate.  If possible, store in a dark, humid place at around 40 degrees for maximum storage life (at this temperature they can last as long as the entire winter).  They should be kept in the dark because light contributes to greening.

Don’t wash them until you’re ready to use them–a buildup of moisture encourages decay.  And don’t store potatoes next to onions or apples–they each exude a gas that shortens the life of the other.

To dehydrate your potatoes, wash them and cut them into 1/4-inch slices.  You don’t even have to peel them unless you want to.  Blanch the potatoes in a pot of boiling water for 5 minutes and then soak them in 1/2 cup lemon juice and 2 quarts cold water for about 45 minutes to keep them from oxidizing while they dry–the lemon juice also helps them retain their original color when you cook them.

Dry your potato slices by whichever drying method you prefer until all the moisture is gone–they will be brittle when dry.  Store your dried potatoes in heavy-duty plastic bags, or an airtight container, and keep away from direct light.   To use your dried potatoes, soak them in an equal amount of water for 25 minutes.  Cook as you would raw potatoes.

If you’re going to try to freeze some of your potato crop, there are several ways you can prepare them for freezing:

Did you know you can substitute potato starch for flour as a thickener for soups and sauces?  You can also use potato starch instead of flour in many cookie and cake recipes.  Experiment for yourself to see which works best.  To make your own potato starch, peel and grate your raw potatoes.

Place the potatoes in a double layer of cheesecloth and squeeze the liquid from the potatoes into a bowl.  Let it
sit for a little while, and then carefully pour off the accumulated water into another bowl (to be used as added liquid in other recipes).

The remaining potato matter in the first bowl is your potato starch!  Try it for yourself and see what you can do with it.